Sora "The Rock" Johnson (Himself)

Cyan
Sora is one of the seven main members of The Squad and a recurring member of Princess Alex. He made his first appearance in "Among Us But The IMPOSTER Can Vent ANYWHERE!"

In his debut design, he has cyan hair with a single ahoge and has eyes that have different shades of blue somewhat similar to Drake's. Sora wears a white scarf with a blue jacket and a shirt with a white collar. He also has dark blue pants and matching boots with white tips and soles.

In his infant design, Sora wears a blue polo shirt with a white collar and an image of a cloud on it. He wears a light blue scarf and a black belt. For his lower body, Sora wears blue, puffy jeans with white socks that have pastel blue lines on them underneath and white shoes.

In Sora's newest design, he has the same cyan hair, wearing a lighter cyan shirt with a white collar and an image of a cloud on it. He wears a light blue scarf and a black belt. For his lower body, Sora wears blue, puffy jeans with white socks that have pastel blue lines on them underneath and white shoes.

Sora is enthusiastic, carefree, and passionate. Additionally, he is very flirty, as he always wants to kiss the other members, most notably Zach, Levi or Jaxx, and he can be very sassy and insulting, mostly towards Jade. He is often ignored or misheard by the other Squad members, which he has shown to grow annoyed towards. Sora is additionally somewhat disloyal, as he hits on Levi despite dating Jaxx. He can also be described as childish, as he gives himself childish nicknames such as Dora or Good Little Boy, and the worst thing he ever called Jaxx was "butthead". Despite this, Sora is still well-meaning, as shown when he wanted everyone to stop fighting in some videos.

Main Article(s) Sora and Jaxx and The Barthole Boys

Sora and Jaxx used to be rivals and often make fun of each other. Recently, however, they do very questionable things that earn the name "ship fuel." When Jaxx is absent, Sora often references him, claiming to miss him. Eventually, they grew into a healthy friendship, often complimenting one another and spending time together. Jaxx has even grown to become jealous of Sora and Levi hanging out. Now, Sora and Jaxx do very romantic things together, such as kissing and flirting from time to time. They have also confirmed that they are dating. However, they still argue with one another.

Main Article(s) Levi and Sora and The Barthole Boys

Surprisingly, Levi can tolerate Sora's stupidity. However, Levi won't hesitate to call Sora out for his bad jokes or show disappointment in him. At times Levi will refer to Sora as “best friend." Sora even flirts with Levi, claiming that they were kissing after Levi lost his memory due to overconfidence, and accidentally asking Alex if they were still kissing in electrical, as the message was meant for Levi.

Charli and Sora are close friends. Charli sometimes pretends to have feelings for Sora and Sora does the same. He rarely makes fun of Charli and often defends her as well. Overall they have a healthy relationship and are close friends. Additionally, when The Squad played Eviction Notice, Charli joined Sora and became a member of the Barthole Boys.

Sora occasionally appeared on Princess Alex, but aside from that, they're pretty neutral.

Zach likes to bully and target Sora in games which Sora has shown to grow annoyed towards. Zach every once in a while refers to Sora as Drake. However, due to Zach leaving The Squad their relationship is currently unknown.

Since Drake was absent when Sora was introduced, the relationship between Drake and Sora is unknown. Although fans thought Sora was a replacement for Drake but it has not been confirmed, but one thing people know about their relationship is that Sora knows about Drake's existence.

Jade and Sora don’t get along, as they often shoot rude remarks toward one another. This is probably due to Sora and Levi’s friendship and the way Jade treats his best friend. The two are shipped due to Drake's absence and fans needing a replacement for Drade. They are even a couple in several roleplays. However, due to Jade joining the Z-Squad, their relationship is currently unknown.

Light and Sora are good friends. Sometimes Sora flirts with Light as a joke but Light does the same thing too. In Roblox HORROR Birthday Party Story, Light wanted to have matching outfits with Sora. In “The Squad Goes On BLIND DATES In Roblox...” the wheel spun on Sora and Light to go on a date. They did get along more on their last/3rd date. In the Bloxburg building challenge videos, they constantly laugh at each other. Their personalities go great with each other.

They seem to get along well. In AMONG US NEW WATER GOD IMPOSTER! (Mod) Luca called Sora smart, and in US NEW PRISON MOD! he called Sora his deputy. They often are in the same friend group. This group is where Charli, Luca, Levi, and Sora mainly hang together. In The CRAZIEST Would You Rather Game EVER! (Roblox w/ The Squad), he claims he missed Luca ever since he was absent, and said that Sora was Luca's best friend. 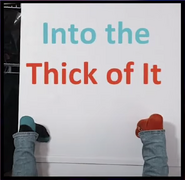 Into the Thick of It.

Sora in his Squad back to school varsity jacket.
Community content is available under CC-BY-SA unless otherwise noted.
Advertisement